My running friend Bambi was in town and as good hostess, I had to show her around, not only in 2 but in 3 dimensions. We went to a race 50k on Saturday, and we did the touristy things. On Sunday I took her to Fort Lauderdale we had Gelato and Lunch and of course a flight. On Monday we went down to Miami beach and unfortunately she left on Tuesday. We had amazing girl-times. I introduced her to my pilot friends and we went our for beers with our running friends.

Sunday I went and flew with Silvester 1.3hrs and when we landed, I taxied to the FBO where Bambi was waiting for us. Silverster let us use his headset and he helped her in. I did show her the airplane and explained the basics of the flight. She was excited and nervous. The plan was to go north at the shore than N of Boca go out to the Everglades and come back south on the west. I changed the plans and in the future when I do joyflights, I will go out on a NW departure and do the Everglades first, for one simple reason. And I did not think about this.  When the passenger is in the right seat and we are heading north at the shore, she can’t take pictures. Anyway, back to the flight we took off of RW8 headed out to east and went north on the shore at 500ft. I asked Bambi if she wants to fly a little I made her touch the controls but she was hesitant and I did not want to push her.

On the way up through PMP airspace was weird that we had an airplane and a helicopter  flying by and PMP tower did report neither one of the traffic, but this was an easy flight plenty of time to do everything right, including for watching for traffic. At north of Boca I was debating to go out to the Everglades or not, but than I decided to just do come back on the shore to the south. There were clouds over the Everglades, and I did not want to scare Bambi with turbulent weather and I also wanted her to enjoy the beach.

We just flew back down south and landed back at FXE. It was a perfect landing, Bambi said it was better than airliners. Made me happy. We logged 0.7hrs, nice fliying. 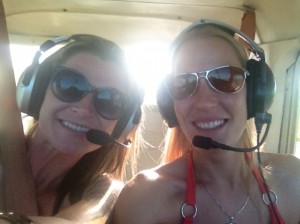 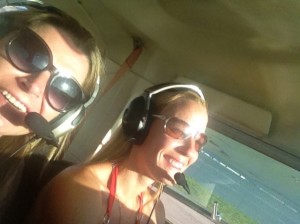 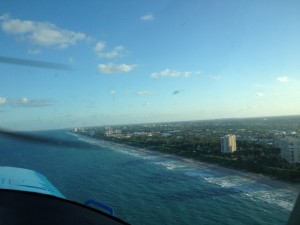 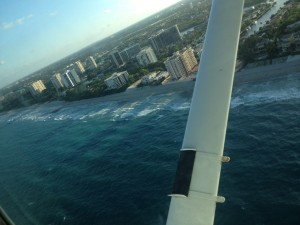 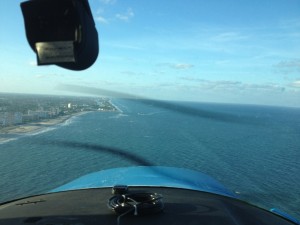