What a great flight! Met Paolo at the airport last week when -again- the door was stacked and I could not open it, he was driving by and kind to open for me. We did little pilot talk and he promised me that he will take me fir a flight in his Cessna 210. I was very excited and prepared to the flight. I read a little bit into a 210 POH to get familiar with the limitations. I got really excited when I saw that the engine is brand new. There was only 24 hrs in it. How exciting that is to fly with a brand new engine! As Paolo explained, he rebuilt the airplane and sold it to Brazil. Someone is flying to South America with her soon. 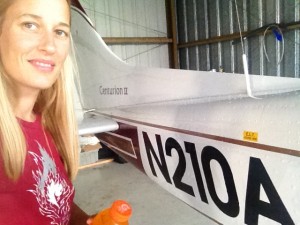 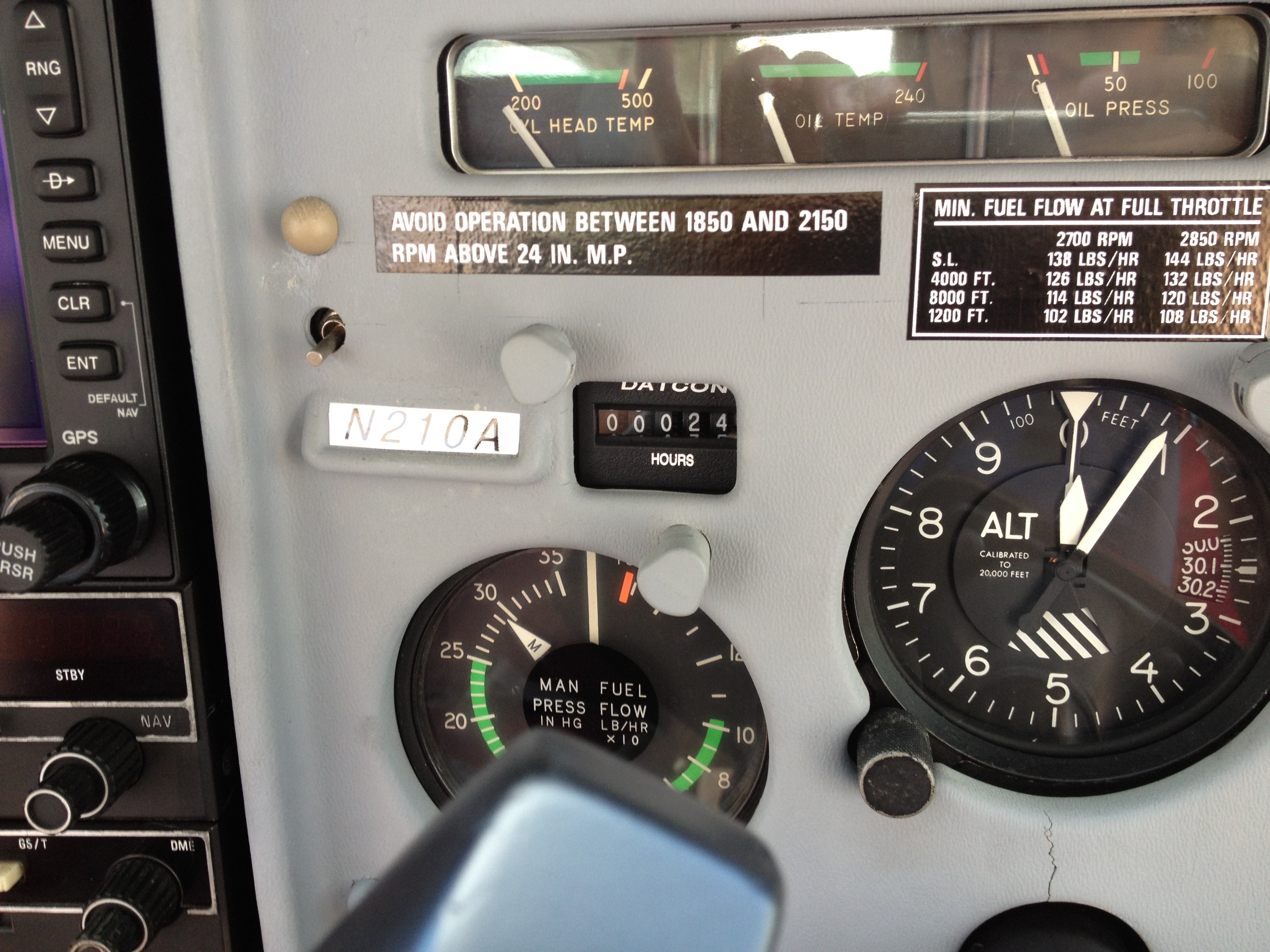 We met at 6pm at FXE did preflight inspection and took off of RW13 from A-intersection. We took off and it was just amazing. So fast and powerful. I like fast complex airplanes. We were heading out to the NW. As soon we were out of FXE airspace I got the controls. Was a little bumpy so we climbed to 4000ft, where was perfectly smooth and comfortable. Saw an airplane over the practice area, they were not communicating – of course but was far away. This was the only traffic we saw. We went out all the way to the Big Lake Okeechobee, than a 180 and back. 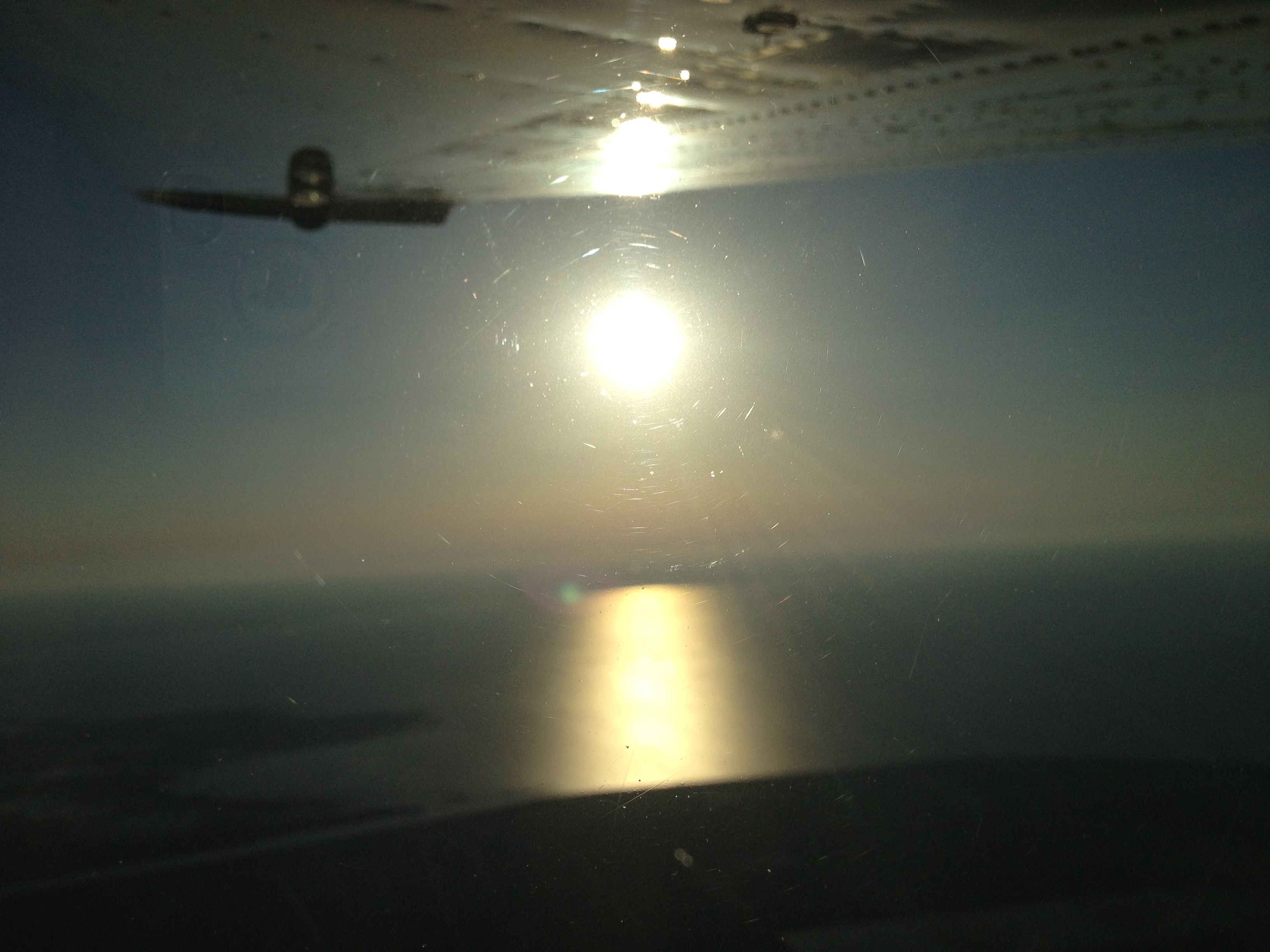 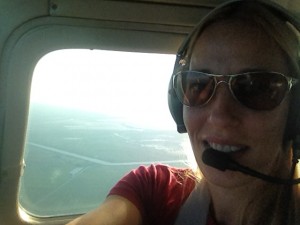 On the way back I practiced some S turns and soon we were back at final for RW13 straight in. The whole airplane is fast and responsive, and a Cessna. Very much. It is like the strong and independent mother of the C152 and I did enjoy the familiar characteristics of the airplane, what I knew from before.

I got to taxi the plane back to Q and locked her away. It was a really nice flight.

I learned that there is a manual handle (between the seats) for gear. If the hydraulic gear extension quits, you have got to pump this manual gear extension about 65 times and gear will make a safe landing. This was new, I never seen anything like this before.

Took some pictures, and after landing the sunset was perfect at the airport. 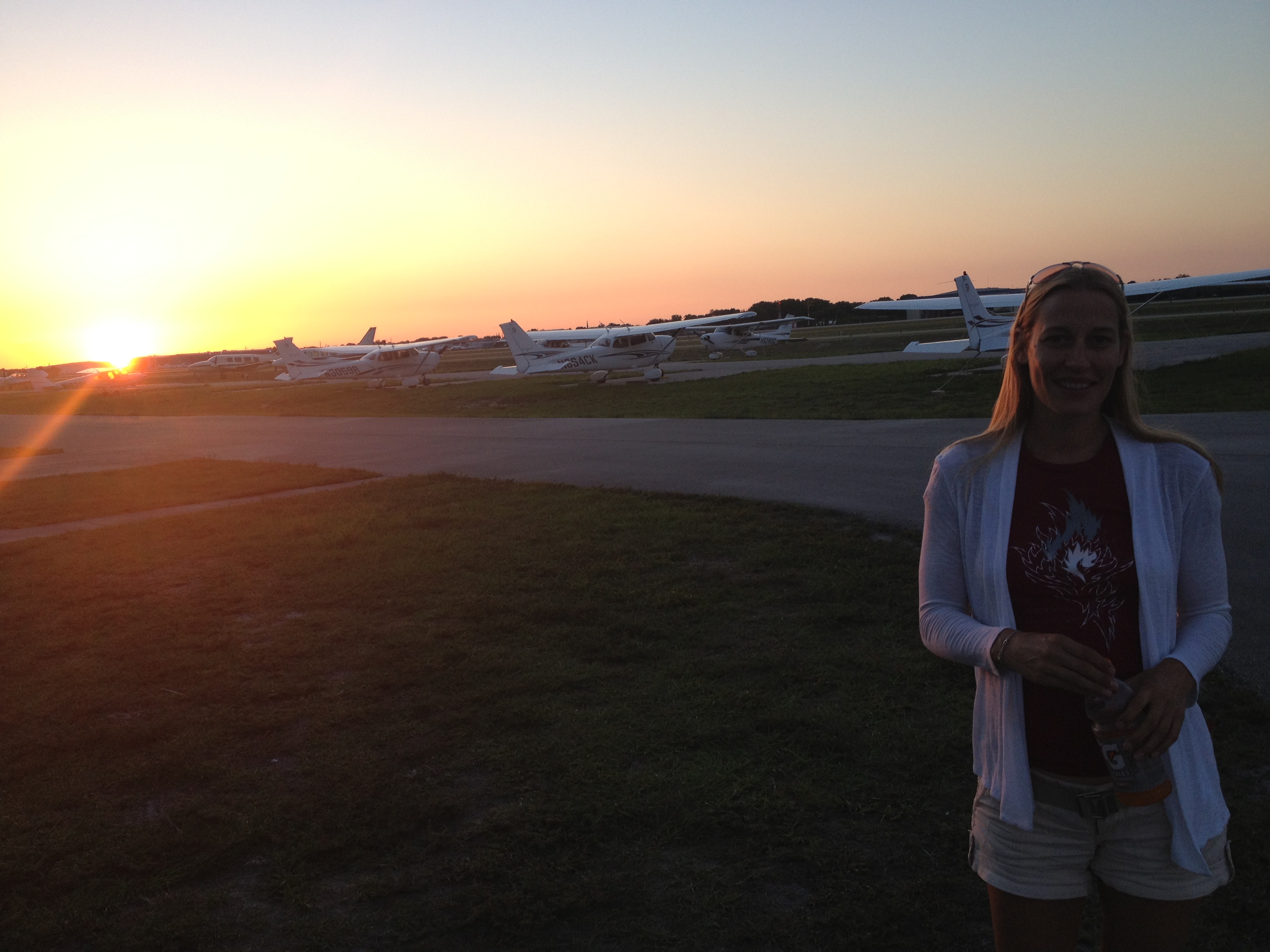 An other perfect day in the air. Thank you Paolo. Blue skies…