I have not been flying alone in the last one month. I always had an instructor or an other pilot sitting next to me But I really wanted to fly today because my friend Charlie always says “whatever you do at the first day of the year you will do that throughout the year” so I just wanted to make sure I will log a few landings today. I had the airplane from 4pm-6pm. First of all I could not find the fuel sump, than I could not unscrew the oil cap and finally the primer was unlocked, pulled out all the way and I just could not push it back. I called the aircraft owner who happened to be at the airport, what BTW was empty!
He came unscrewed the oil cap and I added a quarter of oil. He managed to push back the primer and locked it too. And finally I found the fuel sump under the seat.

From here everything went fine until I was told I have to take off from Runway 13, what I never did before. I was told by ground to taxi via Echo, Bravo, Alpha to RW 13, but when I got to Bravo, I turned right instead of left and ground called me to pay attention I got nervous and I called to ask for progressive taxiing. By the time I got to the Runway I was so nervous I just decided to taxi back to the FBO. I got out and gabbed some water and a coffee and I just decided to cancel the flight today. 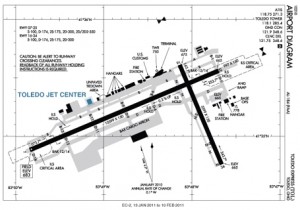